skip to main | skip to sidebar

The Philippine Emerging Industry Fund is a Private Equity managed fund established in late 2009 by Filipino-American Expat Antonio Roxas DaSilva and affiliations with a top-tier Mezzanine Fund Management Group. The core industries to be supported by the fund are focused on mergers and acquisitions, real estate development-REITs, technology, Alternative green and clean energy, food production, medical and health care, transportation and logistics. Fund management will include due diligence, risk assessment and mitigation of new and established business development and enterprises with above average growth potential and ASEAN trade market penetration and leadership.

Kuwait, 15 January 2011: KCIC, an investment firm specializing in investments in Asia, today announced that the company and a consortium of investors have acquired a Philippine-based engineering and construction company Atlantic Gulf & Pacific (AG&P) for PHP1.75 billion (equivalent to USD39.7 million).
The consortium comprised of high profile international and Filipino investors, including key investors with a wealth of experience in the oil and gas industry and international finance.

AG&P is one of the oldest and most experienced engineering and construction companies in Asia. It is a leader in steel fabrication and modular construction market, and has two main divisions: Heavy Fabrication and Overseas Manpower. The company has a global footprint and serves some of the most important clients in the world's energy and mining sector, including:

KCIC Managing Director Ahmad A. Al-Hamad said: "This acquisition is a major milestone in KCIC's strategic investment plans. It represents the first private investment in Emerging Asia's energy sector and the first investment in the Philippines. We look forward to working closely with AG&P's management in helping them penetrate the growing oil and gas sector in the Gulf and the broader region."

The acquisition comes in line with KCIC's strategy to invest in the growing energy sector in Asia, and AG&P is well positioned to provide a direct access to the sector, which requires new infrastructure and additional services to support its growth. AG&P has high exposure to the sector, servicing global oil and gas firms in four key Asian countries and across the globe.

The acquisition follows KCIC's strategic investment in an enhanced oil recovery (EOR) services company in China, which has recently been listed on the stock exchange. The company has patented and exclusively licensed EOR technologies enabling it to benefit from Chinese oil majors' increased need for improving oil output at aging fields.

On the Philippines economy:

- 2010 growth rate: The Philippines is the second-fastest growing economy among the "ASEAN-5" in 2010, with a forecasted growth rate of 7%

- 2011 growth rate: The International Monetary Fund expects the Philippines economy to grow at 4.5%

- Economy position: In Asia (excluding Japan), the Philippines ranks as the 8th biggest economy (with an expected total output of USD168 billion in 2010) and is the fourth most populous nation (with about 92 million people according to 2009 estimates)

- Economic stability: The Filipino government has taken important steps towards economic and political stability since the Asian crisis in 1998. Today, the country enjoys low inflation, stable interest and foreign exchange rates, and a relatively high output growth (since 2001, economic growth has averaged 4.5% per year) in a politically stable environment.

- Solid fundamentals: The economy weathered the 2008-2009 global recession better than its regional peers due to a minimal exposure to securities issued by troubled global financial institutions; a resilient (nearly 75% of the output comes from consumption) domestic demand, supported by large remittances (a vital source of income for the Philippines, remittances constitute nearly 10% of total output); a lower dependence on exports (a stark difference if compared to other Asian economies which are largely export dependent); and a growing business process outsourcing industry. Main exports are semiconductors, electronic products and textiles, while main imports are fuel and other raw materials.

KCIC was founded in 2005 with a capital of KD80 million by an Emiree Decree with a mandate to develop investment opportunities in Asia towards building an Asia focused asset management company. The public company employs a team of specialists in Asian markets and currently manages assets in excess of USD450 million. Key shareholders include the Kuwait Investment Authority, the Sovereign Wealth Fund of Kuwait, National Investment Company, one of the leading investment banks in the Middle East, and Al Ghanim Industries, one of the largest conglomerates in the Middle East.


Net inflow of registered foreign portfolio investments for the first half of the year went up by 245% on the back of stable financial markets and strong corporate earnings among several factors, according the central bank.

The Bangko Sentral ng Pilipinas (BSP) said Friday that registered foreign portfolio investments or "hot money" reached $687 million from January to June this year, up by $415.26 million from the same period last year.

Monetary authorities attributed the steady flow of foreign portfolio investments into the country to the stable financial markets, robust corporate earnings, strong peso, rise in US stock market, bouyant Asian markets, and stronger-than-expected gross domestic product growth of 7.3 percent in the first quarter of the year.

However, gross foreign portfolio investment outflows went up by 25.5 percent to $3.668 billion from January to June compared to $2.921 billion in the same period last year.

"This resulted from investors concern on the Euro zone problem, the negative economic outlook in the US and China, compounded by the government's deficit of P162.1 billion for the first five months of the year," the BSP said.

The Philippines shrugged off the global recession and posted a portfolio investments net inflow of $388.02 million in 2009, a complete reversal of the $1.784 billion outflow posted in 2008.

P2B expansion fund for Subic, Clark eyed Philippine Daily InquirerFirst Posted 01:23:00 11/28/2009Filed Under: Investments, LegislationSUBIC BAY FREEPORT— The Subic Bay Metropolitan Authority (SBMA) has proposed the creation of a P2-billion fund to hasten the development of new economic zones in areas near the Subic Bay Freeport and the Clark Freeport. SBMA administrator Armand Arreza made the proposal during a meeting with the Senate committee on government corporations and public enterprises, chaired by Sen. Richard Gordon, and representatives of the Clark Development Corporation (CDC) and the Bases Conversion and Development Authority (BCDA).Gordon, who has filed Senate Bill 0143, or the “3-2-1 Luzon Global Corridor Act of 2009,” earlier proposed the development of other special economic zones in Luzon to optimize the three airports, two seaports and one connecting highway and railway found in the major ports of Manila, Subic and Clark. The bill also seeks to strengthen the power of the SBMA and CDC, giving them the mandate to develop nearby areas into new economic zones. To speed up the process, Arreza proposed the creation of a fund to develop new economic zones.“If we wanted for Subic and Clark to reach the level of Singapore, we will need investments the equivalent of either seven Texas Instruments or four Hanjins a year. But to start all these, we need to build roads first,” Arreza said. Arreza recalled that when SBMA and CDC were formed, the primary intention was to create jobs for those affected by the eruption of Mt. Pinatubo in 1991 and the pullout of the US military bases from Subic and Clark in 1992. However, he pointed out that the business model that supports the growth of Subic and Clark “to a certain level, is very limited, as they rely primarily on leases or income from land, which is a finite resource.” Arreza noted that to carry out their new mandate of developing nearby communities, Subic and Clark would require a tremendous amount of annual investments in the next 10 years to fund various public infrastructures, such as roads, water and sewerage systems, as well as technical schools that would help reduce skills mismatch.Responding to Arreza’s proposal, Gordon said he would file a bill that would set aside part of the taxes collected by SBMA and CDC in the next 20 years to develop more ecozones in their areas.Gordon added that Subic and Clark should be allowed to set aside parts of their income solely for infrastructure development within the area to make the Subic-Clark growth corridor constantly competitive.

UNITED, We Stand for Global Harmony
In God We Trust


Disclaimer: This message and any attachment contains privileged information. If you are not the intended recipient you must not disseminate, copy or take any action in reliance on it, and you are requested to delete this message from your system and notify the sender immediately. It is the addressee/recipient's duty to virus scan and otherwise test the information provided before loading onto any computer system. Sender does not warrant that the information is free of a virus or any other defect or error. Federal Spam Compliance: During the course of our normal business relationship with you, we have your details on our database in order to communicate, from time to time, information about new issues of Debt or Equity securities. If you do not wish to continue to receive our email communications please detail this in a reply email. Thank you DISCLAIMER: For PRIVATE Placement Information ONLY. Sender is not a United States Securities Dealer or United States Investment Advisor for Public offering. This email letter and any and all attachments and related documents are never considered to be a solicitation for any purpose in any form or content. Upon receipt of these documents you, as the Recipient, hereby acknowledge this Warning and Disclaimer. These Confidential communications are protected under Gramm-Leach-Bliley Act 15 USC, Subchapter 1, sections 6801-6809 and other laws addressing the disclosure of Non-Public Personal Information.
Posted by Antonio Roxas DaSilva, General Partner No comments: 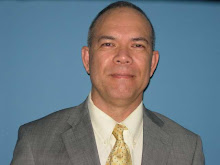